On December 8, 2019, at Harbin International Airport, a passenger aircraft with a golden streamer floating on the fuselage flew up into the blue sky.

Yes, led a team of 100 people, traveled 25,000 kilometers in 55 days. On December 4th, the Sun Moon Gorge was successfully circled. On the 4th, Chairman Liu Shanglin had time to travel to the end of the journey, and he set foot again. The journey to Singapore, because there are decades of forest yoga alumni who have not forsaken their family members for decades, looking forward to the Prime Minister, in the footsteps of the new year are getting closer and closer, the smiles of their loved ones, the hearts of their hearts, together, Why not rush? 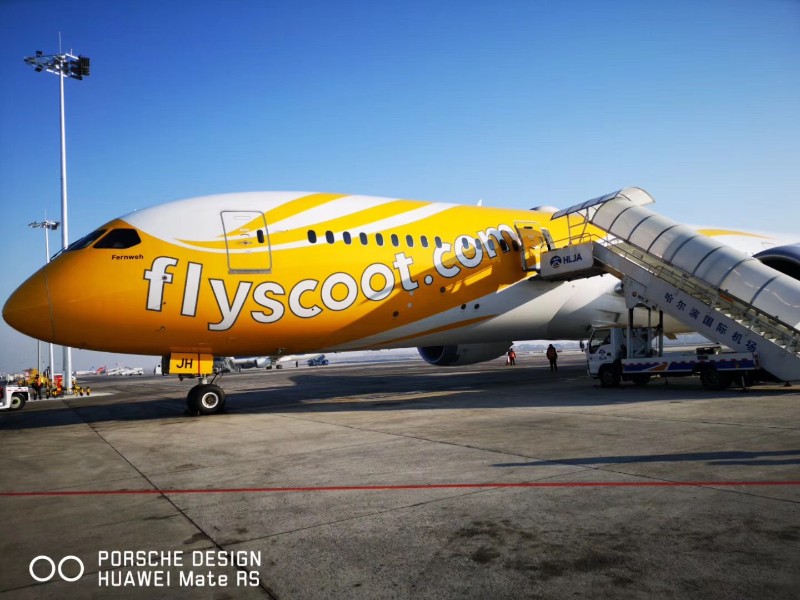 The morning light accompanies me in the air, and the evening sun sets in Singapore.

In the northern country, the winter snow, the equatorial summer, and the thousands of mountains and rivers are in harmony. 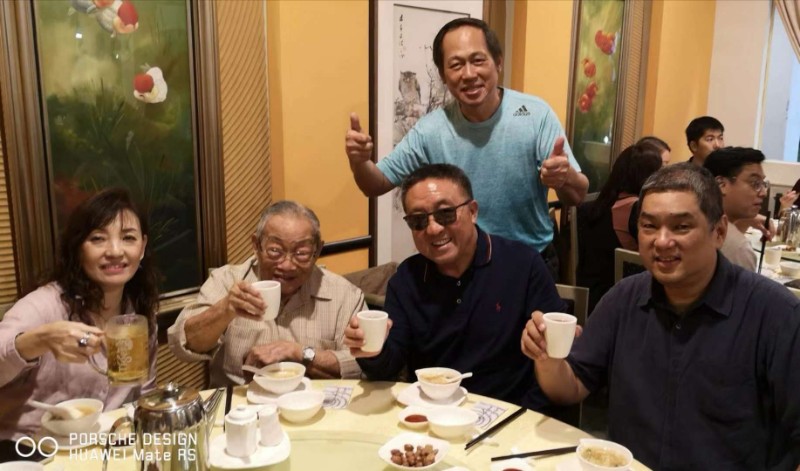 Time slipped from your eyebrows, your star eyes, my heart words, still.

The affection of one toast, the fragrance of Shen Yun, the joy of showing lips, eternal life!

Spring and autumn in life several times, nearly thirty years, enough to precipitate the most sincere emotions in the world, the warmest companionship, and the firmest adherence.

Volunteers of Sun Moon Gap Forest Yoga in Singapore, when Sun Moon Gap was still a blueprint for the concept, they worked hard for its birth. Every brick, every tile, carried them deeply concerned. Singapore Forest Yoga Curator Mr. Shen Jinbao will take everyone to Sun Moon Gorge every year. He has traveled more than 30 times so far. It is the imprint of life for nearly 30 years.

Let us hug each other 2020, Jinse move forward!

During this trip, Chairman Liu Shanglin met with friends from Singapore who have made long-term contributions to the development of Sun Moon Gorge, and expressed his sincere gratitude to the artists who have made outstanding contributions to the 2019 Sun Moon Gap International Ecological Cultural Festival. Certificates and medals were awarded respectively, which brought out the warmth from the Sun Moon Canyon. 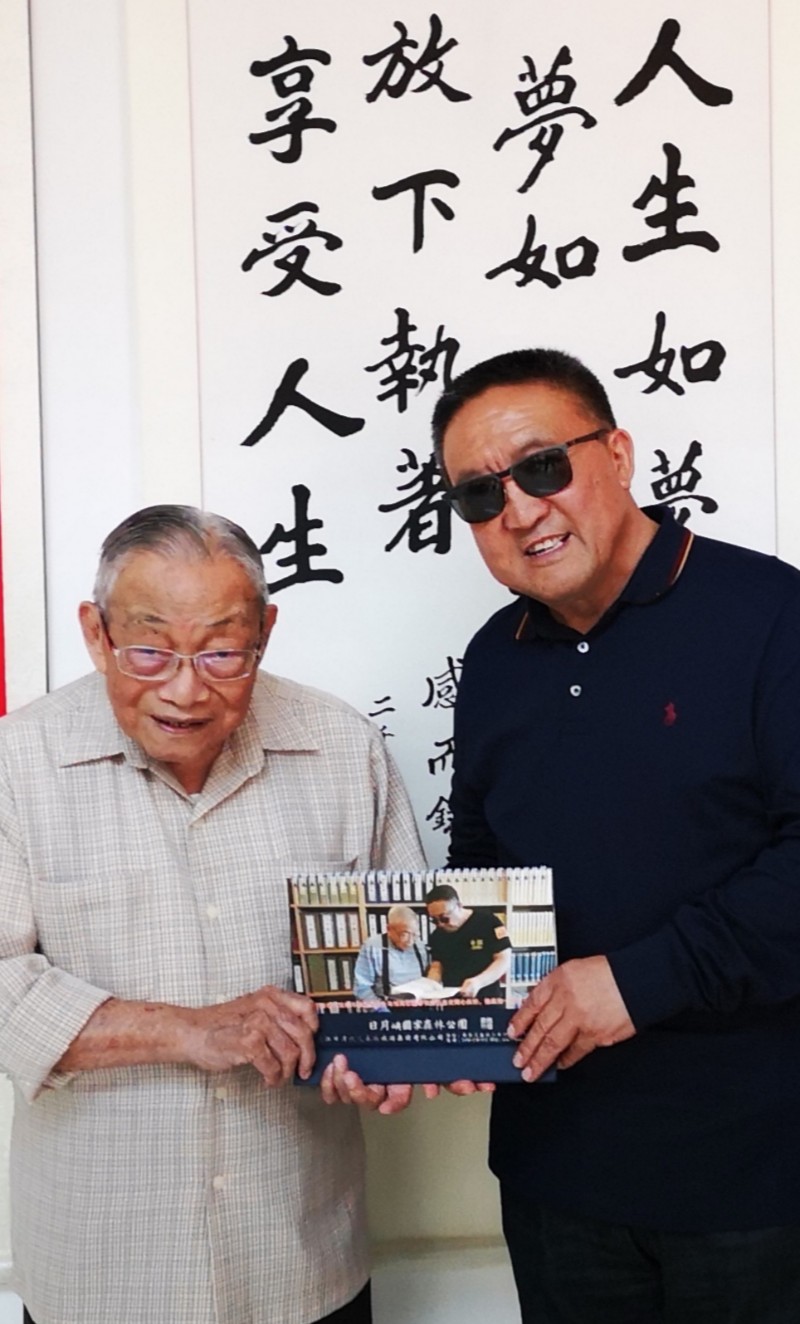 "The gentleman is a friend of his own, and I am willing to work together!" It is the same selfless love in the bottom of his heart that made Mr. Xu Lao and Chairman Liu Shanglin at the first sight. He came to Riyue Gorge several times, leaving the precious 100-meter calligraphy gallery with nearly a hundred woodcut couplets for the beautiful Sun and Moon. Xia Shu has opened an extremely magnificent cultural world.

In 2011, Mr. Xu Zuyi came to Singapore from Sun Moon Gorge to participate in the first International Ecological Cultural Festival. In 2019, the 9th Sun Moon Gorge International Ecological Cultural Festival was held. In spite of his 95-year-old Jiu Gao, Mr. Xu made a special trip all the way to Japan Yuexia, splashed ink on the scene again, leaving her deep affection for Riyuexia's fist.

The warm picture is condensed into the immortal time. 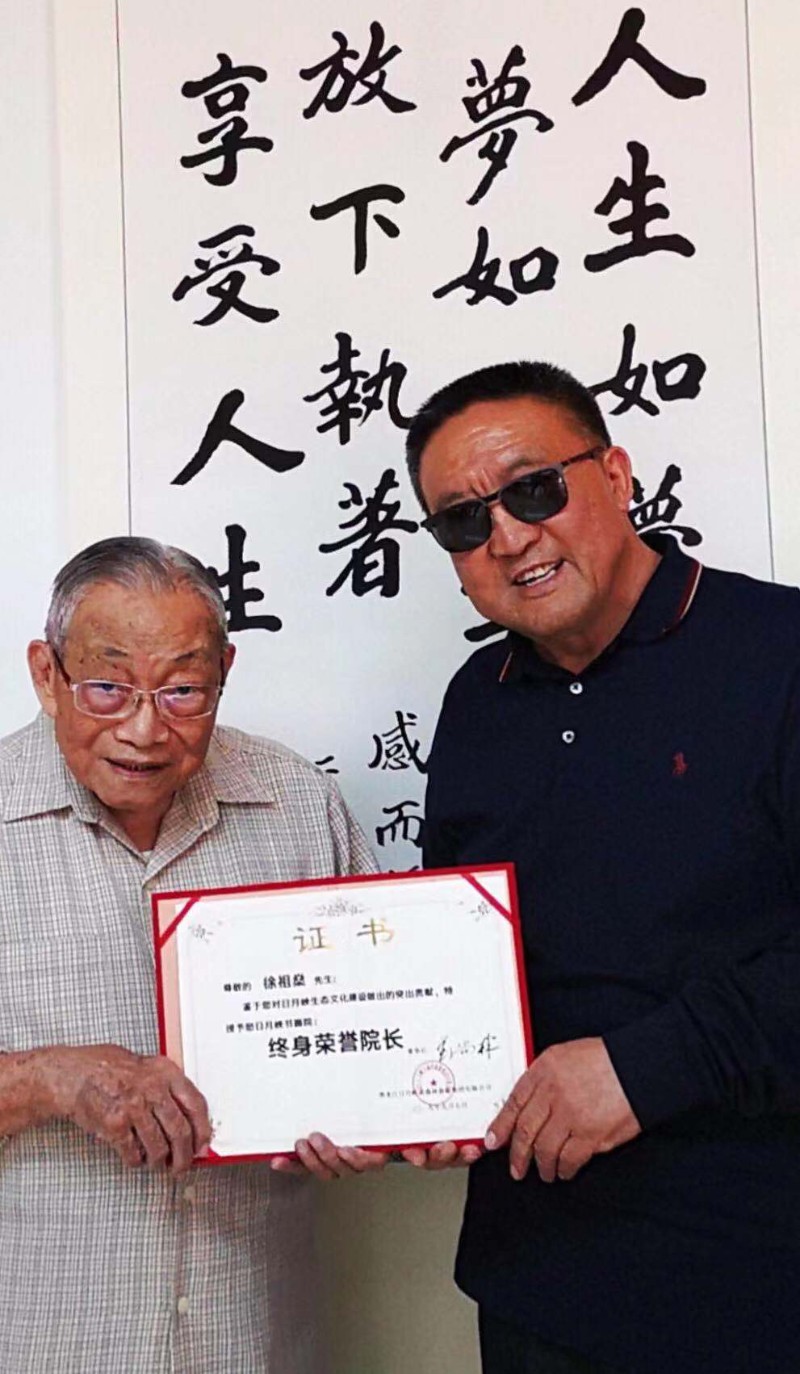 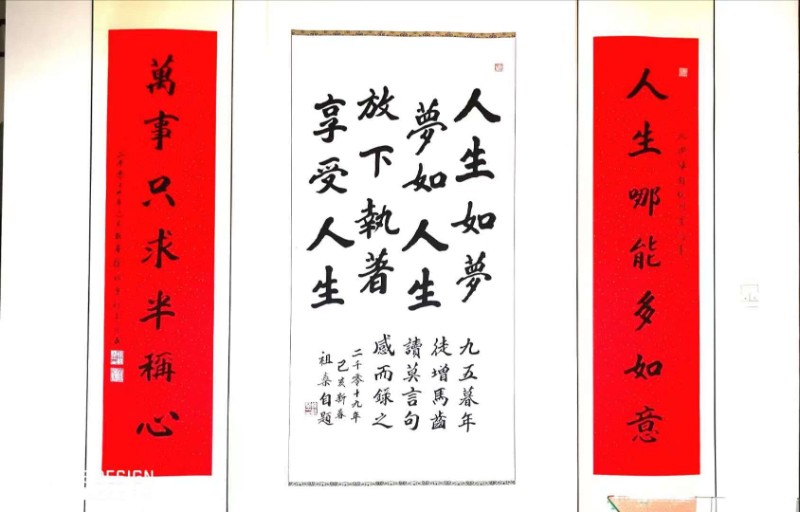 "Life is like a dream, dream is like a life". Mr. Xu not only reached the state of natural ingenuity in calligraphy art, but also had a thorough understanding of life, and his fame and interest had never been concerned. As the Honorary Chairman of the Singapore Calligraphers Association and a well-known calligraphy master, he has just held a solo exhibition at the age of 74. He is immersed in the art world of calligraphy. He does not seek fame and fortune, is indifferent to high cleanliness, is enthusiastic about charity, shows compassion, and never hesitates to help others. The feelings that Xu Lao wrote at the age of 95 are mind words and point! 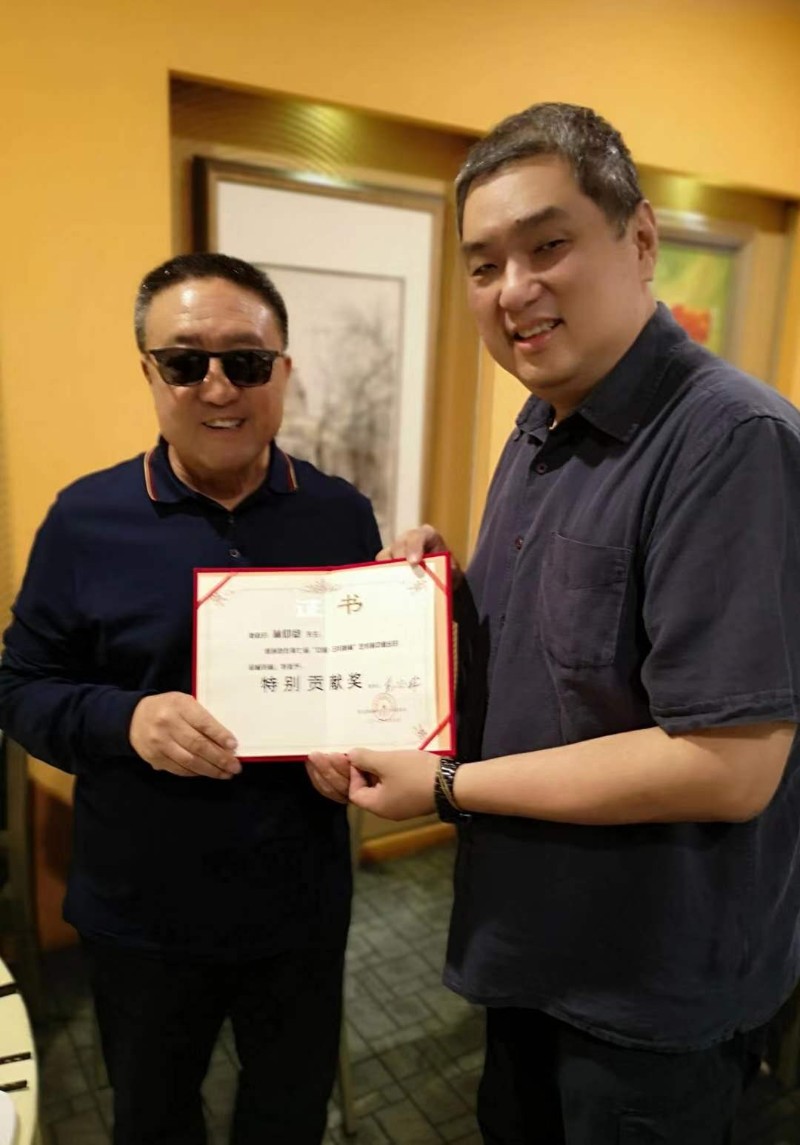 The well-known painter Mr. Lin Yangzhang is another Singaporean artist who has made outstanding contributions to the Sun Moon Gorge. The newly completed magnificent marble painting "Sun and Moon with Brightness" in the front hall of the Sun Moon Gorge Visitor Reception Center building is from Lin Yang Zhang Mr. Gentleman.

The marble painting "Sun and Moon is the Same". The artistic conception is high, elegant and elegant, and the elegant patterns are naturally free and easy. The layers of clouds are faded in and out, looming, the sun and the moon are reflected against each other, and the unique composition is lifted. Elegant elegance in the hall. 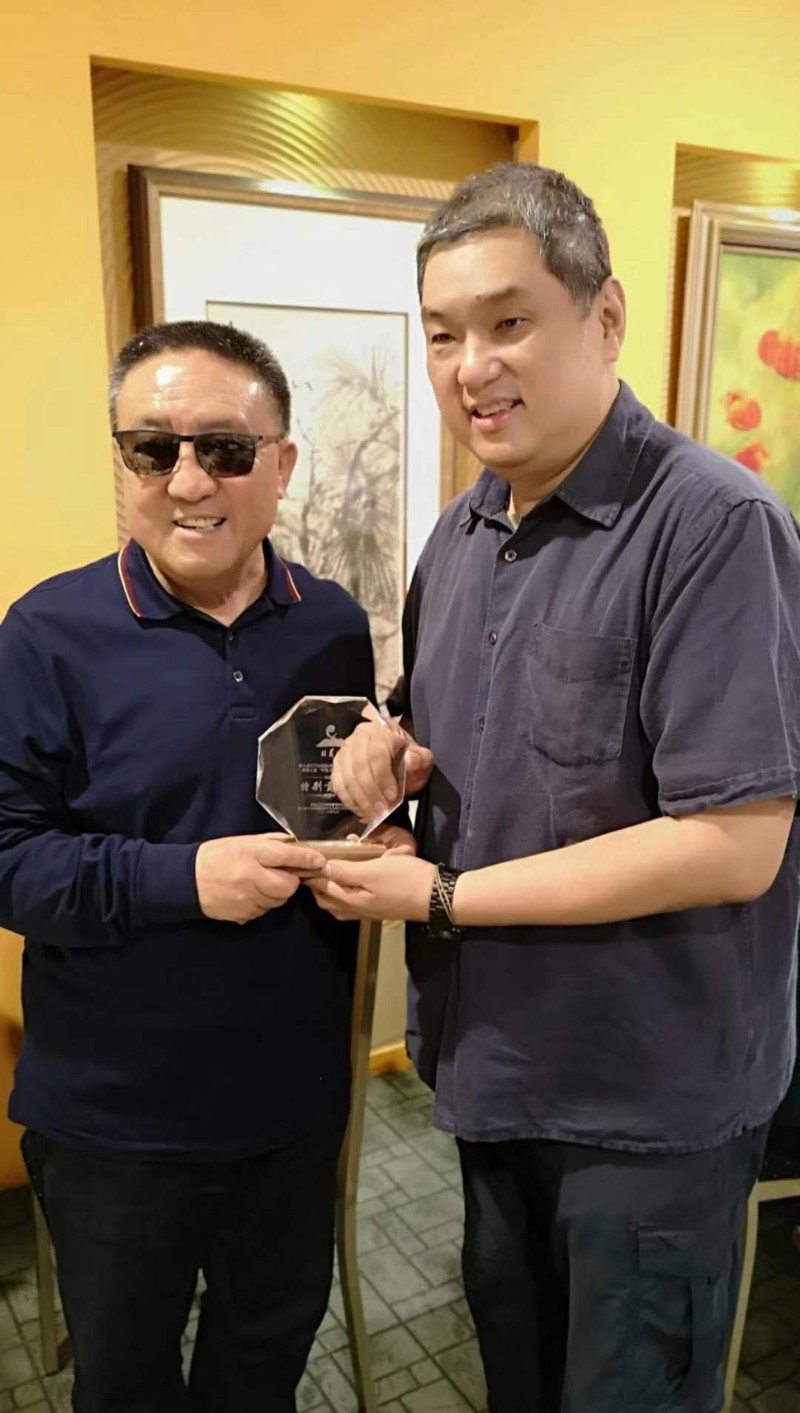 Mr. Lin Yangzhang also dedicated his three paintings to the 2019 Sun Moon Gap International Ecological Cultural Festival. He was childlike, clever, and fun, which attracted the attention and admiration of the participating audience, and became a colorful light at the cultural festival. 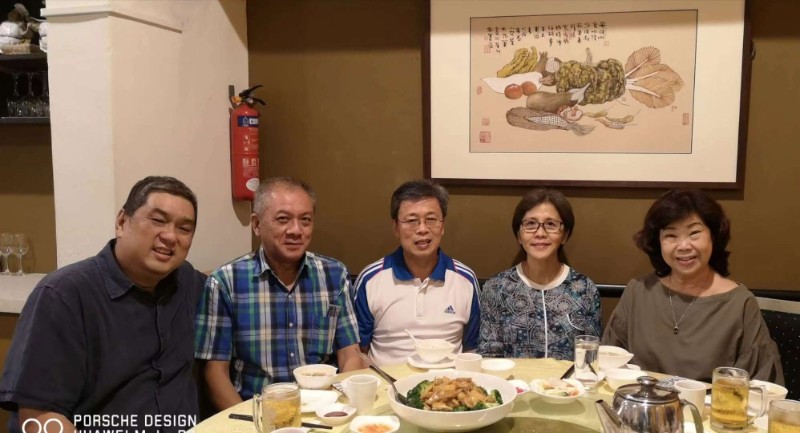 In the group banquet, everyone took a photo with Mr. Lin Yangzhang's paintings 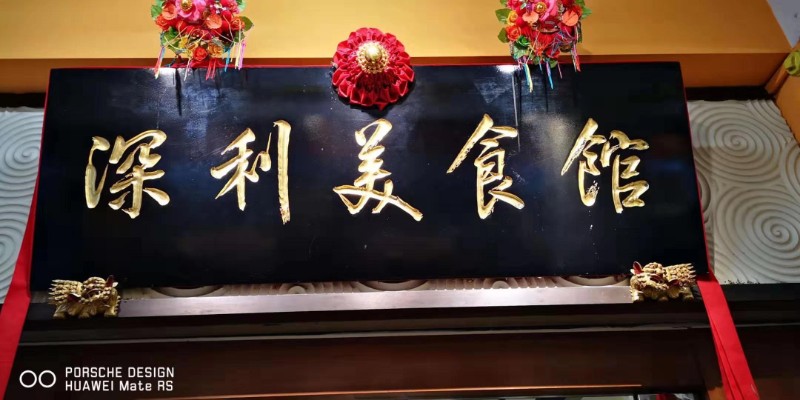 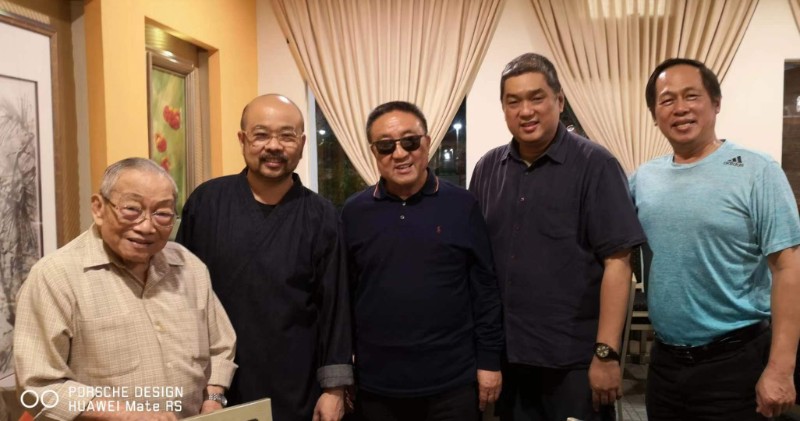 At the warm and joyful New Year's party, Chairman Liu Shanglin expressed his deep gratitude to all Singaporean friends for their long-term support for the construction of the Sun Moon Gorge, and informed everyone of the epoch-making historical meaning.

In 2019, the Sun Moon Gorge reached a new level of development and construction, with a construction area of 11,500 square meters. The Sun Moon Gorge Tourist Reception Center, which introduced the German advanced passive building concept, was officially opened with the hard work of all Sun Moon Gorge people. After winter, in the world's first passive building in an extremely cold area without active heating, the room temperature can reach 16-18 degrees, which meets international health standards. The service quality of the reception center is constantly improving, and the dream of "Let the world know about Riyue Gorge and let Riyue Gorge go to the world" is flourishing.

After listening to the introduction of the chairman, the Singapore friends who attended the New Year's Reception were excited about the new development of Riyuexia. They said that Riyuexia is a treasure land for health and old age. The future development is immeasurable. Its construction will make More people benefit, as long as Riyuexia needs, they will continue to fully support the continuation of love. Everyone is full of longing for the newly completed reception center, and they are planning to come to the beautiful Sun Moon Gorge with more friends in 2020 to spread the concept of health. 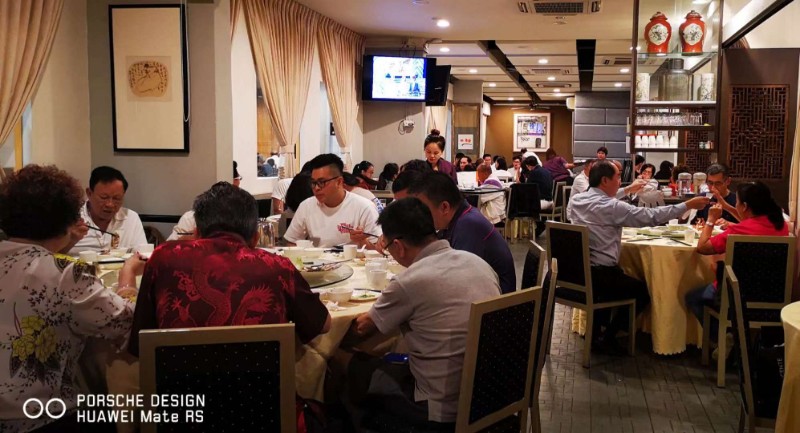 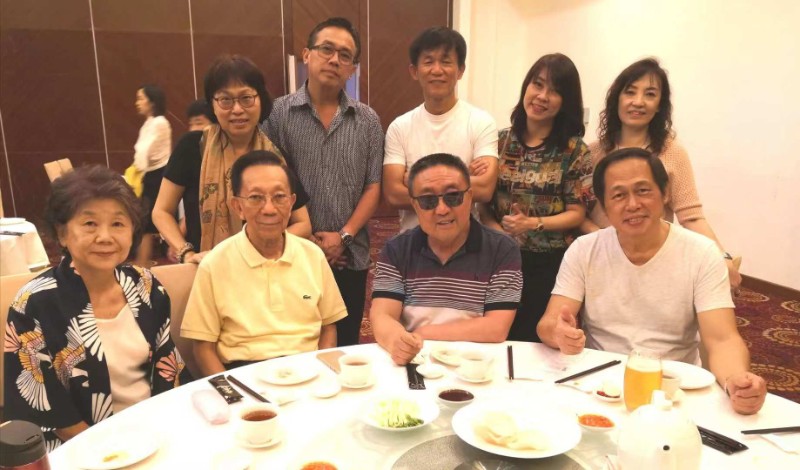 Dear friends, it is time that slips away, and what is left is affection.

Reveal the brand new calendar, join hands to help the ocean, show the true nature of heroes, and be a merry!

Here, I wish all friends at home and abroad to give selfless help to the construction of Sun Moon Gorge, Happy New Year! Good luck and health!