Recently, when the reserve staff carried out daily bird monitoring activities within the Qi'ao Mangrove Reserve, they were pleasantly surprised to find 3 black-faced spoonbills and 1 white spoonbill in the team foraging and took precious photos. And video footage. In Zhuhai, Black-faced Spoonbill and White Spoonbill are very rare and rare birds, which means that the ecological environment of the Qi'ao Mangrove Reserve has been continuously improved. Significant results have been achieved in illegally building fishing cages and fishing nets on the tidal flats to create good habitat and foraging conditions for wildlife.

Confirmed by the Zhuhai Bird Watching Association, the White Spoonbill made its first appearance in Zhuhai, a new record for bird watching in Zhuhai. The White Spoonbill is a national second-level protected animal. It is widely distributed in the world, but its population is not large in China. 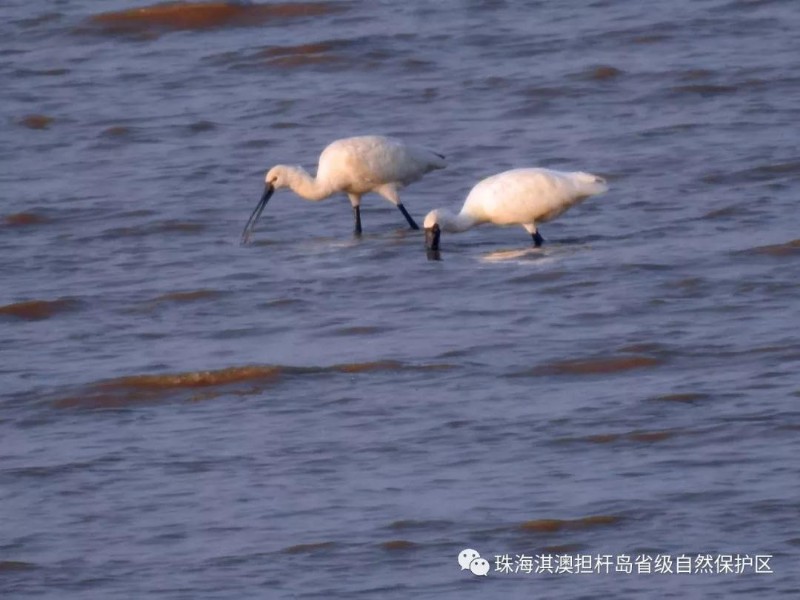 Both the black-faced spoonbill and the white spoonbill belong to the genus Spoonbill. They are large waterbirds with white plumage, black and long beaks, and a flat spoon-shaped mouth, which resembles the instrument "pipa". 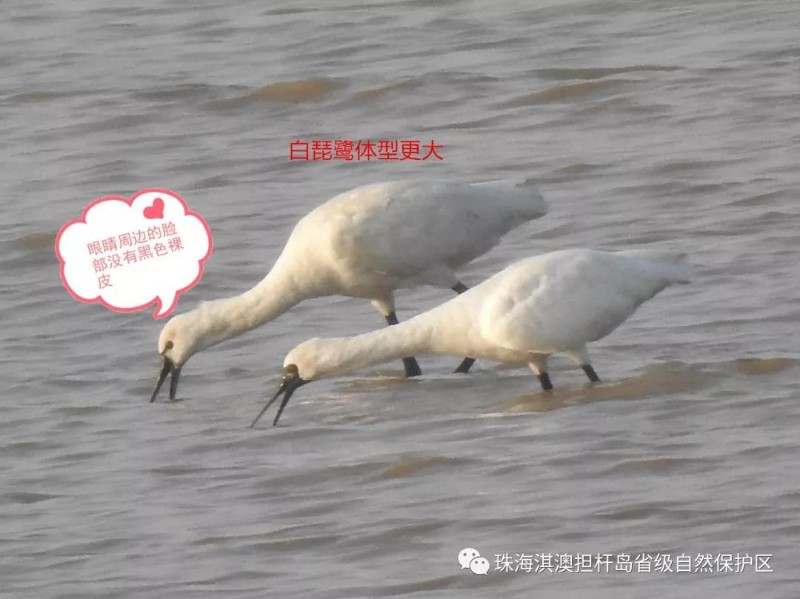 Difference between Black-faced Spoonbill and White Spoonbill (Photographed by Shengli)